Another very short, sad chapter, but I have some thoughts and favorite quotes and discussion questions this time.  Yay?

Honestly, nothing much happens in this chapter besides Ponyboy ruminating about Bob and Randy showing up for a quick chat.  I think it really goes to show what a great person Ponyboy is that, even though he’s reeling from Dally and Johnny’s deaths, he’s still trying to understand Bob.  Still trying to figure out what he was really like.  Ponyboy goes beyond blind prejudice and tries to see who people are on the inside as well as the outside.  Kind of reminds me of Atticus in To Kill a Mockingbird. 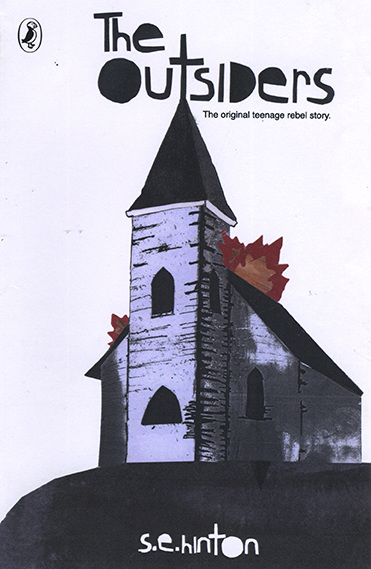 Then when Randy comes over, at first Ponyboy’s cracking jokes and being all cheerful and everything…he’s trying to escape from realities.  Realities like him and Soda and Darry having to go before a judge to see if they’ll be separated.  Realities like Johnny and Dally.  And he takes that one step farther because he ends up convincing himself that he killed Bob and Johnny’s not really dead.  It’s wrenching to read, really.

But at the end of the chapter you get a lighthearted interaction between him and Darry that actually manages to make me smile.  It’s a nice moment in the middle of a bunch of sad ones.

I’m not the kind that can lie around looking at the ceiling all the time. (p. 161)

…nobody ever looks a whole lot like his picture in a yearbook anyway. (p. 161)

A Soc, even, worried because some kid greaser was on his way to a foster home or something.  That was really funny.  I don’t mean funny.  You know what I mean. (p. 165)

-On page 162, Ponyboy says, “I’d rather have anybody’s hate than their pity”.  Which would you rather have?

-Why do you think Ponyboy doesn’t care less what Randy thinks of his house?