I stumbled across this rather awesome tag and instantly fell in love because NaNoWriMo and yes and SHE NAMED HER LAPTOP MORIARTY HOW AWESOME IS THAT. *pouts that I didn’t think of it in the first place* (I hadn’t actually watched Sherlock when I bought my laptop, so yeah.)

5. Eat three cookies. (I’ve eaten quite a few sweets today.  That should count.)

6. Post a clean list of ALL of the questions somewhere in your post. (‘Clean’ meaning a list of the questions without my answers.  Which is always convenient for other people who want to answer the tag.)

7. Tag as many friends as you want! (I tag anyone who wants to do this.  Because I can and it’s late and I don’t want to spend time notifying people that they’ve been tagged.)

What is your NaNoWriMo Username?

evaschon95.  And if you know the whys and wherefores of ’95’, you’re awesome.

Are you a plotter, pantser, plantser, or planter?

I usually jump into NaNoWriMo with minimal planning, but this year I discovered Novel Factory and it’s been AMAZING.  I finally have a plot!  And real, solid characters!  And a general idea of theme and POV and all that good stuff.  I’ve even plotted another novel on the software and the plotting went just as beautifully so it wasn’t a one-time fluke.  Plots have always been my writerly kryptonite and I think I’ve finally cracked the code, thanks to Novel Factory. (And, no, they didn’t pay me to say all that.)  So in answer to the question, I’m a firm plotter.

Though the NF software gets down to the blocking of scenes, where you basically write everything that happens in every scene, and that’s too nitty-gritty for me.  I prefer some surprises as I write!

How many years have you done the NaNo? How many times have you won?

I won 2013, 2015, and 2016 NaNo.  I got halfway through NaNo 2017 (which was fine with me) and I’m totally planning to smoke this year’s NaNoWriMo.  Maybe even work on a second novel or some fanfiction if I get my official one finished first.

What is your NaNoWriMo Origin Story?

I DON’T KNOW AND I HATE NOT KNOWING BECAUSE I LOVE ORIGIN STORIES.  I honestly have no idea how I discovered it, why I participated, or anything like that.  It saddens me greatly.

Do you have any writing “lucky charms”?

Nope.  I pray about my writing, though. 🙂

What is your absolute favorite NaNoWriMo memory?

Winning in 2013, very first time, and actually printing out my winner’s certificate and tacking it up on my cork-board.  I was so proud and happy even though, looking back, my writing was trash.  But it was such an awesome feeling to have that certificate.

RYE.  I can’t understand how you could get REE from ‘Wri’.

What’s the name of your NaNoWriMo Project?

The Darkness is Past.  I’m not entirely happy with it, but it’s a good placeholder title that I took from 1 John.  So, not one of Paul’s epistles (the novel is based on the life of Paul) but I still like it because it’s pretty meaningful on several levels.

What is your project’s genre?

Dystopian, with a heaping side of sci-fi and a sprinkling of supernatural (think: Frank Peretti).

Introduce us to your cast!

Ooooh boy. *cracks knuckles*  So there’s Sol.  Early twenties.  Dedicated to the Order (placeholder names, people!) and really loyal, but it’s misguided loyalty.  Pretty arrogant.  Sees what he calls ‘flickers’ attached to certain people – only he can see them.  And that’s all I’m going to say about him for the moment. 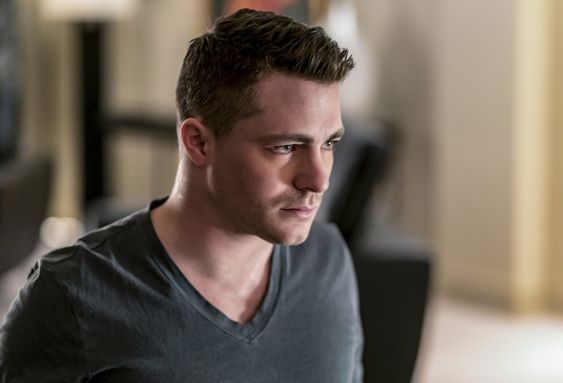 Johnny Ryan is Sol’s mentor in the Order, almost like a father to him.  When Sol is converted (because duh) Ryan becomes an antagonist and almost a villain but not quite.

Sheng and Kari Xu.  Sheng becomes Sol’s bodyguard.  He’s my version of Stephen, so bad stuff’s obviously going to happen to him. 😦  I’M SORRY, SHENG.  And Kari’s his sister and she loves her brother so guess who she’s going to have Issues with later on in the story? 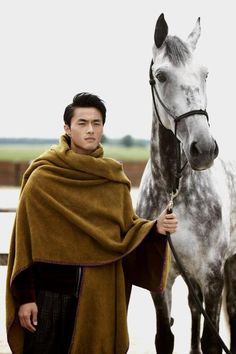 There’s also some others like Baris and Tyr (Baris is, like, Ananias and Barnabas mixed and Tyr is Timothy, Titus, and John Mark all jumbled up together).  It’ll be good.  I love these characters and can’t wait to write them.  I’m gonna cry, though.  I just know it. 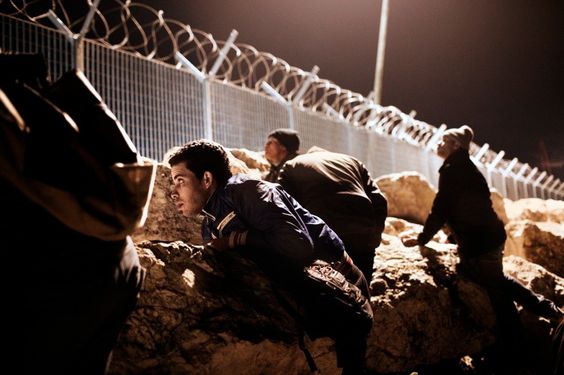 What is your novel’s theme?

Darkness to light.  Seeing beyond the external.  Christ’s redemption is complete and full.  Letting go and trusting God in EVERYTHING is the only way through the bad times. (And there’ll be plenty of bad times in this novel. *sigh*)

What are your novel’s main settings?

America, recovering from a second Civil War and since divided and conquered by Russia and China.  A big, white technologically advanced building.  Dark downtown alleyways and back streets and poor house churches.  I’m getting kind of a Coruscant vibe.  Also Russia and a rather awful prison. 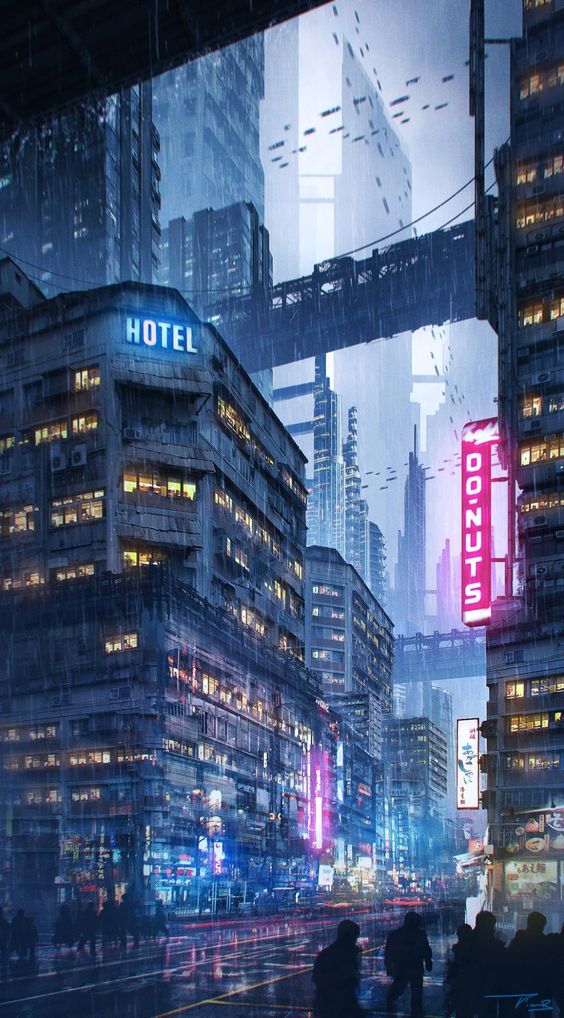 Are you using any plotting/story structures for your project, or are you just winging it like the beautiful pixie that you are?

Like I mentioned in the plotter/pantser question, NOVEL FACTORY FOR THE WIN.

What are some ways you prepare for The NaNo?

Plotting.  Getting to know my characters.  Spending way too much time lurking around the NaNoWriMo forums.  Buying Skittles and Starbursts.  Mentally preparing myself to drink wayyyy too much coffee.  Creating a playlist.  Prayer.

What’s in your writing toolkit? (pictures are encouraged!)

My trusty laptop, Hymie.  That’s pretty much it.  I might stick a Funko Pop or two on my desk for encouragement.

What was the initial inspiration for your NaNoWriMo novel?

Okay, it’s kind of dumb, but here goes… I was thinking about writing a dystopian parody so I was thinking about weird, useless powers that The Gifted One could have and I came up with ‘be able to see who’s a Christian and who isn’t’ which sounds pretty lame, right?  But I thought about it a little more and figured that it might actually be cool if I wrote a Christian dystopian.  I’m not sure where the idea of retelling the life of Paul came in, but it did and here we are.

What’s your absolute best advice to new (and old!) NaNoers?

Do whatever you want.  Write three novels at the same time.  Write 10K and call it good.  Write 50K words.  Write by hand.  Use a typewriter or Word or Google Docs.  But whatever you do, WRITE.  Everything else – how you do it, how much you write, when you write – is unimportant.  Just write.  Plz.

What is your NaNoWriMo Username?

Are you a plotter, pantser, plantser, or planter?

How many years have you done the NaNo? How many times have you won?

What is your NaNoWriMo Origin Story?

Do you have any writing “lucky charms”?

What is your absolute favorite NaNoWriMo memory?

What’s the name of your NaNoWriMo Project?

What is your project’s genre?

Introduce us to your cast!

What is your novel’s theme?

What are your novel’s main settings?

Are you using any plotting/story structures for your project, or are you just winging it like the beautiful pixie that you are?

What are some ways you prepare for The NaNo?

What’s in your writing toolkit? (pictures are encouraged!)

What was the initial inspiration for your NaNoWriMo novel?

What’s your absolute best advice to new (and old!) NaNoers?

21 thoughts on “the NaNoWriMo fanatic tag!”