Some of the most iconic words in science fiction history.  But the movie they come from isn’t as well known, which is a shame.  It might be slightly cheesy at times, but ‘The Day the Earth Stood Still’ is a first-rate sci-fi film that can still resonate with audiences today (I know that because it resonates with me, lol).  And one reason for its greatness is the robot, Gort.

Aside from the obvious fact that Gort is portrayed by a man in a rubbery robot suit, he’s a pretty chilling…antagonist? (He’s definitely not a villain.)

Yes, the special effects might be a bit, um, lacking, but when the spaceship lands in the ever familiar Washington D.C. area, Gort steps out, and Bernard Hermann’s chilling score plays, it’s pretty much impossible not to feel a little tingle of fear.

Gort is able to destroy guns, tanks, and people with little to no effort.  Once he’s effectively cowed the crowd, he stands still.  No one can move him, no one can dent his ‘body’.  So they end up putting him in a case made of special plastic.  Nothing can break that – or so they think.  Gort does eventually end up breaking out, though, and the results are…interesting.  I won’t spoil anything in case you haven’t seen the movie yet!

But I do want to talk about three ways in which Gort is unique from most robots in the movies. (The third reason is kind of a spoiler, just so you know.)

He was given unlimited power over his creators.  Yep.  Unlike other stories where the robots/AI are either completely subservient to their creators or have destructively taken over (usually leaving a dystopian world in their wake), Gort and his ‘brothers’ have been given control over their alien masters.  Why?  Well, the next point will address that.

He has a sense of morality.  Apparently, Klaatu’s countrymen were able to create robots with a sense of right and wrong.  They then set those robots to police their countries and cities and destroy anyone who transgressed.  So yeah.  I mean, most filmic robots do have a sense of right and wrong (though, in real life, they wouldn’t) so maybe this point isn’t as unique.  But Gort was literally created to have a moral code (that’s his purpose) so…still interesting.

He can bring people back from the dead.  Whether it’s something that Gort himself (itself?) does or only his knowledge of alien technology that allows him to operate a life-giving machine, he still brings a certain character back from the dead.  (Obviously, this movie has some intriguing/problematic theological implications.)  And again, that makes Gort a very interesting robot. 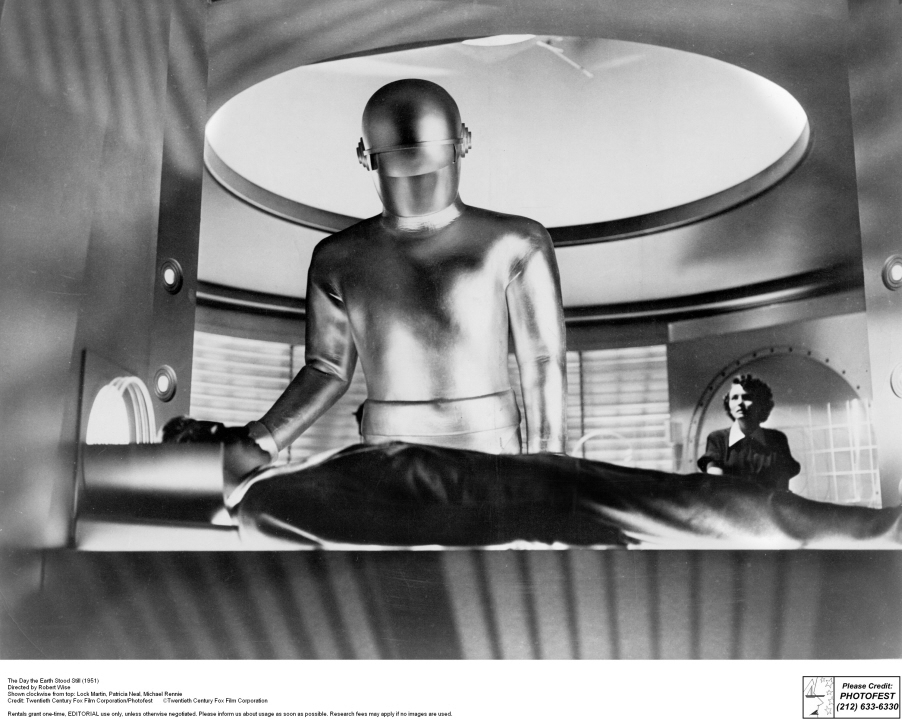 So, have you seen ‘The Day the Earth Stood Still’?  What are your thoughts on Gort and his powers?